It’s been a historically busy year for negotiations with IAMAW Automotive Trades Local 544 in Newfoundland, as 7 out their 10 contracts all expired at around the same time.

Matt Barnable, Grand Lodge Representative, tasked with negotiating this many contacts, said, “The automotive sector has seen unprecedented times over the last couple years. Employers have cited major inventory and parts issues since COVID-19, so we knew negotiations coming up would be tough. Each contract had its own nuances, needs and challenges. Our committee members did a fantastic job in bringing the members’ concerns forward, and keeping in constant dialogue with the members through the process. With so many of the contracts up at once, it can be hectic for the local and cause a lot of uncertainty. The membership meetings allowed everyone to stay informed, support each other, and stay calm.

“We had a tough set of negotiations with Fairway Honda as we knew we needed to bring their wages up to par with our other dealers. We went into the conciliation process with an open mind and were able to get 7% in the first year, which some members will see over 9% due to our new classification advancement language. This puts them on par with our other shops to achieve the fairness we fight for as a union.

“In each contract we were able to target key areas we wanted to improve and made those improvements, such as switching over to the IAM labour management pension plan, significant pension increases, wage increases, wage parity, bereavement improvements, vacation flexibility, shop and tool allowance increases. Some of our IAM Sisters stepped up in a big way to be on the committees in a mostly male local, Kim Brake of Dennis GMC and Loretta Parsons of Western Toyota really knocked it out of the park for the local. We saw overwhelmingly positive feedback from the members, who now can go into the holiday season with enhanced union contracts and enjoy the time with their families.

Six of the seven contracts are now ratified with meaningful gains, and while Humber Ford has not yet finalized a deal, the parties have gone through conciliation and are presently working diligently to reach a tentative agreement.

The contracts negotiated were:

IAMAW Automotive trades local represents 101 workers from Clarenville to Cornerbrook, NL in classifications ranging from technicians and apprentices, parts people, service advisors and sales people. The local has been chartered with the IAM since 1956. 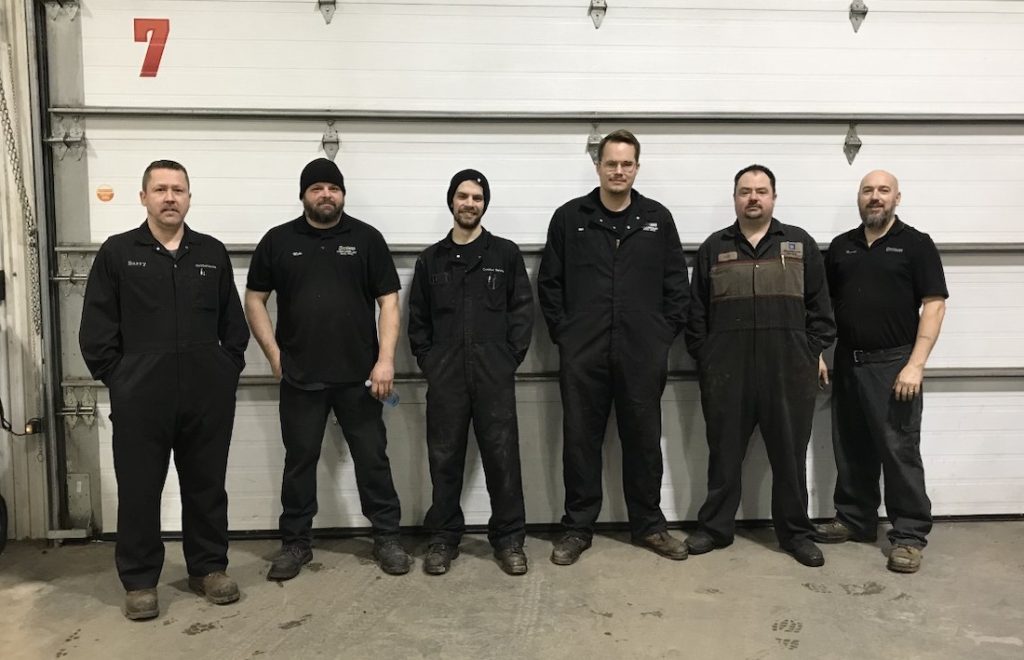