With the political landscape quickly changing and anti-worker politicians sweeping the polls, acting politically and strategically has never been so essential. Workers know all too well, that if we’re not at the table, we’re bound to end up on the menu.

David Chartrand, General Vice President for Canada understands this and spared no time in meeting with the Ontario NDP’s interim leader, Peter Tabuns. “Mr. Tabuns understands that the NDP is at a pivotal point, and reconnecting with workers is a key priority. Workers built the NDP, and worker’s issues must be at the heart of NDP’s policies if we are to continue making gains for working Canadians.” said David Chartrand.

“I think it’s important that the NDP hear directly from IAM members, not just on issues that matter to them, most of which are common to all working people, but also on where our members stand with the NDP,” explained the Canadian GVP. The IAM has a long history with the party, and never shies away from showing our support publicly, today’s meeting was an opportunity to build a closer relationship and ensure ongoing collaboration.

David Chartrand added that the meeting was a resounding success, and that he is impressed with Mr.Tabuns and his team’s eagerness to work with the IAM. David went on to say that, “there were never any doubts about the NDP’s commitment to the labour movement, I was pleased with the discussion and what the future holds.”

As a politically active union, it’s reassuring to know that we have a strong ally in Mr.Tabuns and one who is engaged with our issues. It’s much easier to accomplish things when working with an ally who understands the issues and solutions, rather than having to argue that an issue is a genuine problem. “The list of challenges may be long, but I’m hopeful and I know that when we work together and harness our joint resources, great things are possible.” shared the General Vice President. 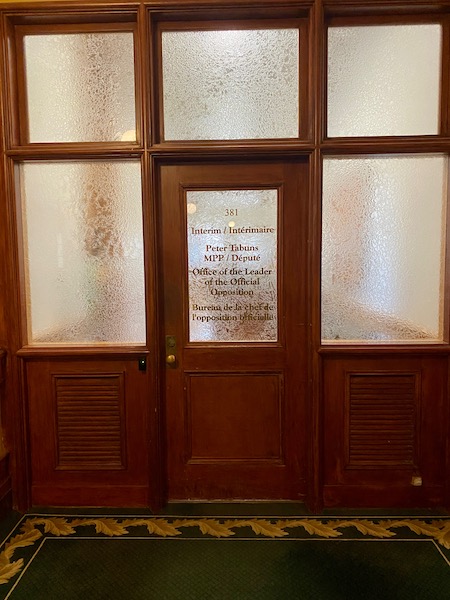