Montreal, QC – IAM Local 869 is presently in negotiations with Rolls-Royce Canada (RRC)  and without a contract since March 2020. For the last 50 years, the shop has ALWAYS been closed during the winter holidays, namely, the 30th and 31st of December. Interestingly, the company hired a union buster to negotiate on their behalf.

The company tried to make our members believe the COVID-19 pandemic that they were losing money to try and oblige them to come in to work during the shutdown. Stéphane Paré, Business Representative for IAM District 11 said, “The company decided to open their doors on these particular dates, during this pandemic, at a time when the government is asking people for containment efforts during the holiday season to break the second wave.” The Québec government has mandated telecommuting for all office workers who are able.

“The Local tried negotiating a fair deal (over the next 3 years, only 2 days were needed to reimburse the shutdowns, i.e., 30 December 2020 and 31 December 2020). Having January 4, 2021 as a day off, we tried negotiating this day to be moved to the 31st of December 2020 so we would only have 1 day to compensate for a 3-year deal.  This was usually accomplished by working overtime and repaying the company for this day off during the upcoming year,” said Fred Labelle, President of Local 869. “No-one lost anything.”

For reasons unknown to all, the company refused the proposal and tried to have the members use their vacation and personal days instead. The negotiations committee even tried getting the company to negotiate those 2 days but were told that company representatives were “on holiday!”

Members were so frustrated that they decided to come in those 2 days instead of using their valuable vacation or personal days.

So, on the 30th, the entire negotiation team went around the shop on both shifts (day and evening) to distribute coffee and doughnuts to members. This was very greatly appreciated by all members who were obliged to work. Unfortunately, the Committee couldn’t bring coffee and doughnuts to the shifts on the 31st, as the local coffee shop closed early. Even they respected their workers!

“Management even tried to stop us on the 30th, saying that we were breaking company policies. Of course, we were not,” said Labelle. “Despite the forced work hours, we were still able to show solidarity with our members – and that’s what the IAM and the labour movement is all about,” he added. “Solidarity forever! More United than ever!”

IAM members at RRC’s Montreal plant carry out the repair and overhaul of Rolls-Royce engines on Bombardier’s Global, some aircraft from aircraft manufacturers such as Gulfstream and Embraer, and the Boeing 787. 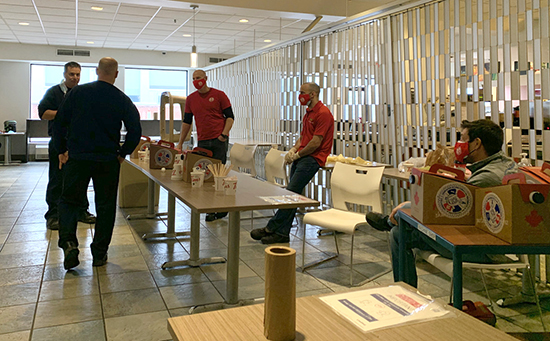 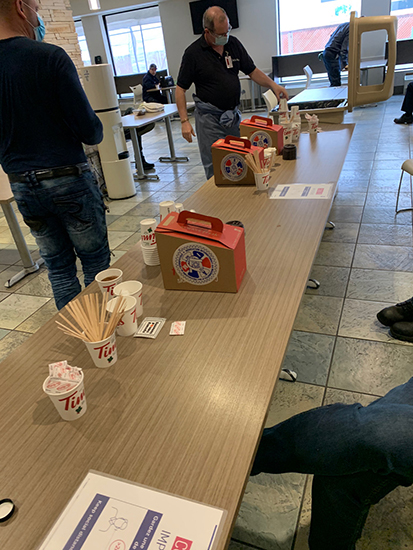 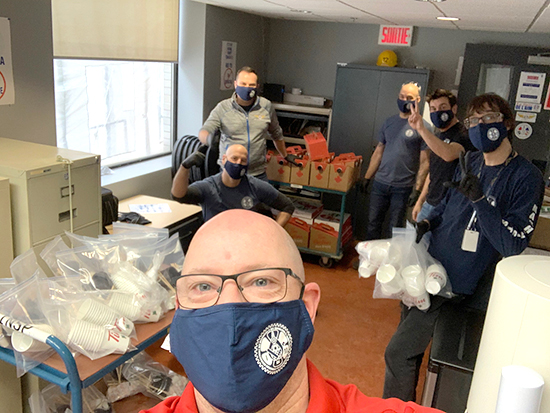 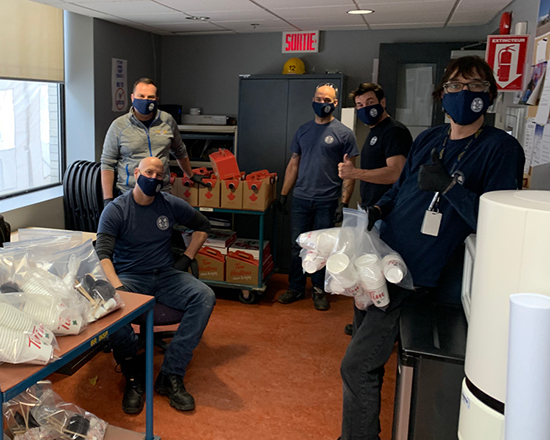 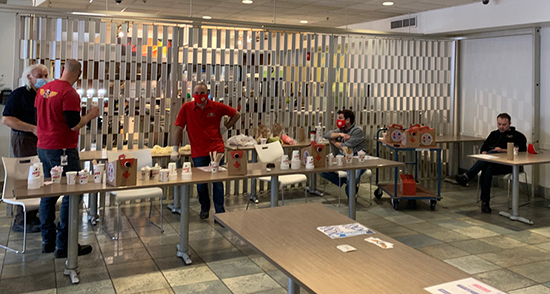