Transport Minister Marc Garneau has approved Transport Canada delegating the assessment of pilot skills entirely to the airline industry, thus removing that responsibility from Transport Canada inspectors.  This will completely eliminate all evaluations done by Transport Canada for all pilots this fall.

The Government claims that this is a result of lack of resources at Transport Canada. 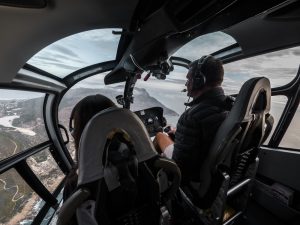 The IAM is of the opinion that this Government must back down on this decision and increase their resources instead.

It has taken aviation in Canada 100 years to get to where we are today, by improving safety and regulations in order to ensure the flying public is protected.  We have learned from past mistakes and air crashes, which has led Canada to become one of the leaders in aviation safety around the world.

In the past we learned that our Government also put in place SMS (Safety Management Systems) and allowed industry to self inspect and resolve safety issues, thus bypassing Transport Canada inspections. The feedback from aircraft technicians and licenced AME’s working on aircraft is clear, that this system is flawed and there are problems arising from a conflict of interest by company managers assigned to oversee the SMS process at their workplace. The IAM has clearly voiced their opinions at many hearings in Ottawa before the Standing Committee of Transport.  Still we have yet to see improvements put in place.

What next?  Will Garneau dismantle Transport Canada completely and let industry run aviation and its regulations put in place over the last 100 years?