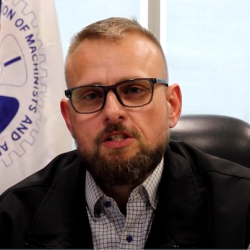 The cornerstone of the labour movement, and a right won through decades of bitter battles is the right to bargain freely and fairly. In fact, without it, unions would lose their essence and effectively be eliminated, which is exactly what the Conservatives want. Ford government’s trampling on this right is egregious, but the intrusion into the finer details of collective agreements is downright dangerous. This is what the erosion of