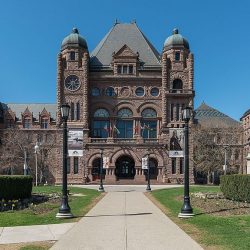 Toronto, ON – Buried deep in the pre-election budget Bill delivered by Ontario’s Liberal government last month is a provision to give the Labour Board power over the democratic rights of industrial unions in this province. Bill 31 is what is termed an Omnibus Bill, a Bill which contains several issues not related to the budget itself, in particular ‘Schedule 14’.Under this new regulation, any attempt by a parent union

Who We Are The International Association of Machinists and Aerospace Workers (IAMAW) is an international union of more than 650,000 members throughout North America. It is divided into 1,143 local lodges including 65 in Canada, holding more than 5,000 collective agreements with more than 200 companies in the United States, Canada, Guam and Puerto Rico. The IAMAW is the largest union at Pearson International Airport, Toronto’s largest single employer, with