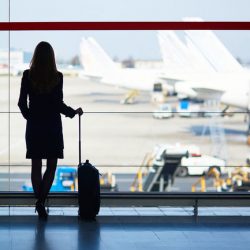 Ottawa, ON – On Tuesday April 17th, the IAM petition opposing airport privatization is presented in the House of Commons, then on Friday April 20th, Transport Minister Marc Garneau announces the government will not proceed with airport privatization at this time. Coincidence, perhaps, but there’s no denying we had an impact! “You can’t ignore more than six thousand signatures from the people most affected by this idea,” explains IAM Canadian