The 2019 Women’s Conference, titled Women Rising Unite the Fight, featured t-shirts bearing the winning design of IAM Local Lodge 2797 President and Communicator, Roswita Hildebrandt. The design, featuring words of empowerment within a solidarity fist, was selected by a panel of independent judges. 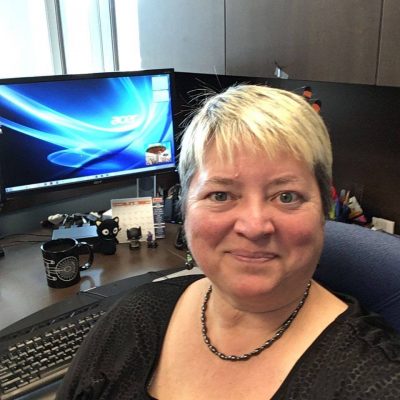 Roswita has been a union activist for 20 years. She began her union career as a member of the Nova Scotia Government & Employees Union (NSGEU), Local 77 while working for Dalhousie University as an administrative secretary in the Centre for Learning and Teaching. Roswita held positions on various committees and spent three two-year terms as president of the local. Currently, Roswita works for NSGEU and holds the position of communications secretary. The staff at the NSGEU joined the IAM in 2016. That same year Roswita was appointed Communicator of Local Lodge 2797. Roswita was elected Vice President of her local in 2017 and after the resignation of the President in January 2018, Roswita assumed the role. Her first action as president was to establish a women’s committee. The committee has been outstanding in their service to the local and the community.

“Roswita is a strong leader for Sisters in the IAM as well as her membership at large,” said IAM Canadian General Vice President Stan Pickthall. “As a Union advocate in her workplace at the Nova Scotia Government Employees Union (NSGEU), as well as the President of her IAM Local Lodge, Roswita brings a great deal of experience and background in representing Canadian workers.”

Tania Cannif, IAM Transportation District Lodge 140 General Chairperson, is the recipient of the 2019 Excellence in Leadership Award.  Tania is a 30-year member of IAM Local Lodge 764 in Vancouver, and has been active within our Union for 29 of those years. Tania began her career with Canadian Airlines in 1988. She was elected shop steward the following year, and rose to the challenge of many leadership positions in the ensuing years. 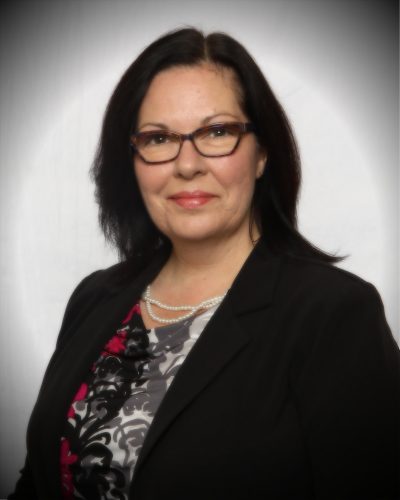 She has served as chief shop steward, bargaining committee representative, Local 764 president, and District 140 vice-president. In her current role as a general chairperson of District 140, Tania is a strong and well-respected leader who is dedicated to the work of the IAM and to improving the lives of our members within her jurisdiction and across Canada. Tania serves as the IAM’s elected delegate to the Canadian Labour Congress, a position she has held for the past eight years. Tania is a highly skilled negotiator and proudly dedicated trade unionist and advocate for human rights, equity, and equality. She is an inspiration for many of the Sisters who are now rising to follow her leadership.

“Tania is a true Journeyperson… I am proud to call her my Sister!,” said Pickthall. “On behalf of all Canadian IAM members, we can think of no-one better to be presented with this honour!”