Montréal, QC – “The finest aircraft to be have been developed in the past 30 years is now affiliated with a major global aircraft manufacturer,” said IAM Québec Coordinator David Chartrand. He was reacting to news late yesterday that Bombardier had sold a majority stake in its C-Series passenger jet program to European aerospace giant Airbus for no cost.

“A major player has now entered Québec’s aerospace cluster, and we intend to do our part to make sure that it benefits the whole of Québec’s workforce and economy,” said Chartrand. The move comes after heavy duties were imposed by the U.S. Commerce Department against Bombardier, charging the Canadian aerospace giant was selling its C Series planes in the U.S. below cost while receiving government subsidies. The C-Series headquarters, Research & Development and production will remain in Montréal but a second assembly line for the 100-150 seat aircraft will be set up at Airbus’s facility in Mobile, Alabama. This move may circumvent the duties imposed by the U.S. Commerce Department. 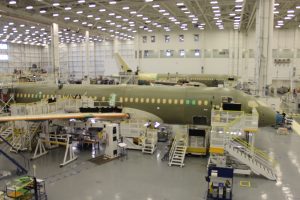 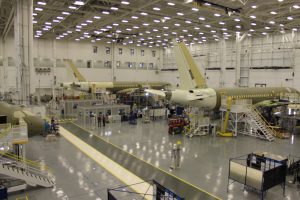 “It’s clear that our members were feeling the pressure with the uncertainty hanging over the program,” said IAM Canadian General Vice President Stan Pickthall. “We now have a strategic alliance with a major global manufacturer that guarantees the jobs of our members in Québec until 2041.” 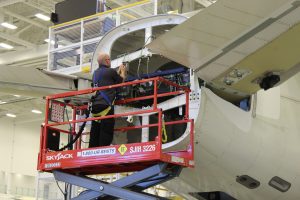 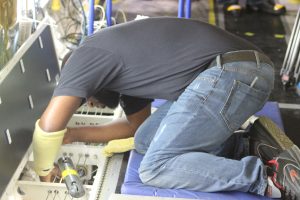 “Bombardier has tried over the past few years to achieve a strategic partnership,” explained Chartrand. “They were unsuccessful in the past because the aircraft didn’t have certification then, now it’s in production and has won praise from customers, so the partnership was acceptable. We will benefit greatly from access to Airbus’s supply network where we can purchase materials for less than we can now, and it gives Airbus the best product in the world in its class to offer to its airline customers. The partnership with Airbus makes us strong enough to weather the protectionist storms of the American market, keep a number of jobs in Québec and maintain the cohesion of our aerospace cluster.”

The IAM represents more than six thousand employees at Bombardier.