Montréal, QC – If you’re going to create an aerospace policy for the IAM in Canada, there’s no better place to start than at Bombardier in Montreal. During his first site visit of 2018, Canadian GVP Stan Pickthall met with the leadership of IAM Local Lodge 712, IAM District Lodge 11, IAM Quebec Coordinator David Chartrand and IAM Aerospace Coordinator Gerald Tremblay, to begin developing a policy. “There’s more to a Canadian aerospace policy than the current dispute between Bombardier and Boeing,” said Pickthall. “We’re interested in not only protecting the jobs of our members here at Bombardier but in the entire aerospace sector across Canada. There are plenty of organizing opportunities in the aerospace sector, especially in eastern Canada and we have to develop an approach and make inroads for our union there. Organizing is an integral part of the policy we formulate.” 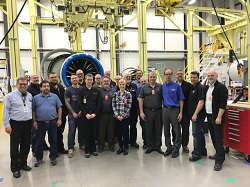 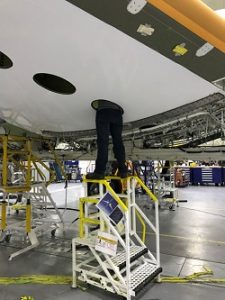 “By adding all the work that is done in the aerospace field in Quebec with that of the rest of Canada, it becomes clear that the Canadian government must work to protect the jobs of these workers and improve the coordination of this industry,” explained IAM Quebec Coordinator Dave Chartrand. “To achieve this, it is essential that it take all the necessary steps to set up a pan-Canadian aerospace policy.” 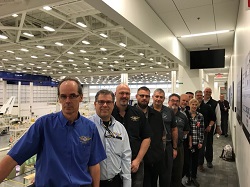 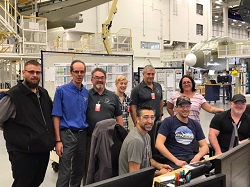 Pickthall visited members at both Bombardier facilities as well as United Technologies in Montréal. Last year the IAM Canadian GVP visited more than 50 facilities represented by the IAM. 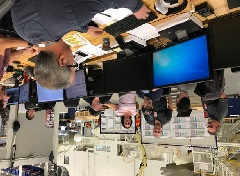 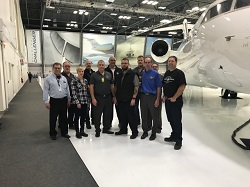 Unifor decision serves only to divide the labour movement