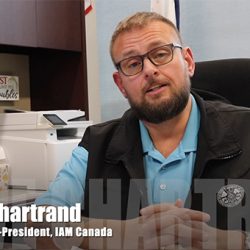 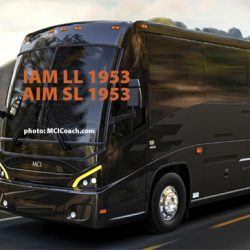 Winnipeg, MB – After ten months of hard bargaining, IAM Local Lodge 1953 members voted on a four-year contract with some important gains and a resolution to some ongoing issues. “This was a long process but the Bargaining Committee stood tall and finally got a deal we could bring to the membership,” said Glenn Tomchak, Directing Business Representative for IAM District 181 in Winnipeg, Manitoba. The 583 members, working at 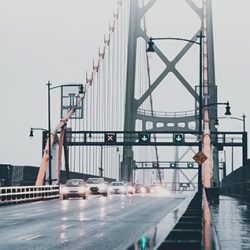 For immediate release 18 December, 2021 Halifax, NS – Eighty-seven percent of IAM Local Lodge 2797 members working for the Nova Scotia Government and General Employees’ Union (NSGEU) ratified their newest contract this week. Matt Barnable, Special Representative for IAM Canada, who oversaw the last stages of the negotiations, said, “As I came into the process, we were headed to conciliation. That process allowed us to reach a better deal. 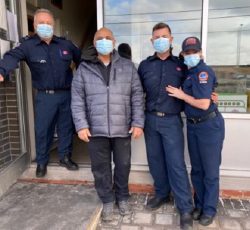 (Roy Bhansingh (second from left) with members of the fire station) IAM District Lodge 78 recently ran a food and toy drive to help families during this holiday season. “These donations will go a long way to help those in need in the community,” said Brother Roy Bhansingh, Business Representative and Organizer, who delivered the collection of food and toys to the local fire hall. “The motto of the IAM 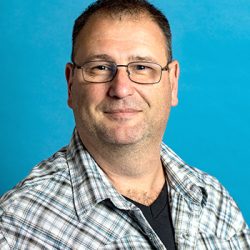 The entire membership of the Johnston Dandy, IAMAW Local Lodge 1660, voted in favour of the offer presented to them at the ratification meeting held on Friday, December 10. Luc Frigon, District 11 Business Representative, in charge of the Johnston Dandy Unit, wanted to underline the union involvement of Brother Robert Gendron. I would like to congratulate Mr. Robert Gendron, a proud representative of the Machinists who has been employed 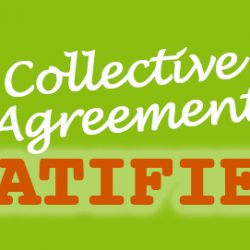 16 December, 2021 For immediate release Owen Sound, ON – Members of Local Lodge 386 employed at Hobart Canada in Owen Sound ratified a new collective agreement. The new agreement provides for increased wages and pension, benefits in each year of the agreement. Grand Lodge Representative Derek Ferguson would like to thank the Negotiation Committee of Earl Barfoot, Troy Middleton, and Todd Batterman for job they did on behalf of 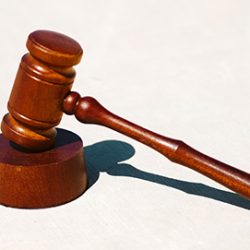 16 December, 2021 For immediate release Toronto, ON – DL78 Local 1922 member employed by ETT (Elementary Teachers of Toronto) filed a grievance regarding health benefit coverage during an accommodation. The grievance proceeded to arbitration and the union was successful, we won the case including full reimbursement of health benefits payments for our member who had to cover premium payments on their own through payroll deductions while working reduced hours. “We 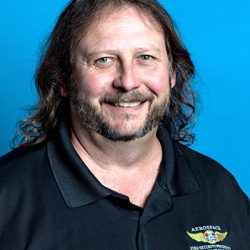 IAM Union Local 3111 workers employed at the Canadian Labour Congress ratified a new three-year contract recently. The agreement includes wage increases in each year of the contract, National Day for Truth and Reconciliation statutory holiday, and benefit and language improvements. “This round of negotiations was very productive”, said Business Representative Jim Snider. Through hard work, the committee was able to present a good contract to the membership. They really worked 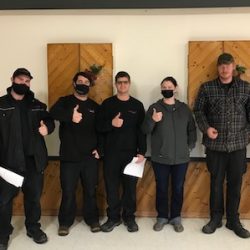 On Thursday, the members at Voyageur Aviation overwhelmingly voted in favour of a five-year first collective agreement. The agreement includes wage adjustments for many workers, as well as a wage scale, annual increases and retroactivity back to June. A shift premium, pension plan and a premium for types of work were all reasons to vote yes. GLR Scott Jackson stated that the Negotiations Committee of Cassandra Robinson and Greg Miller were 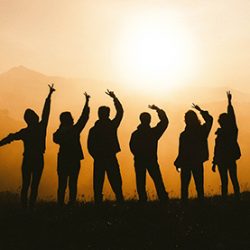 Kingston, ON – Last week the 20 employees of Harbour Lights in Kingston voted to join the IAM. “These workers contacted us and stuck together from start to finish,” explained IAM Union Organizer, Scott Jackson. “They are looking for help in many areas of their worklife, and voted overwhelmingly in favour of joining the IAM,” Jackson added. Our new members provide residential care and counselling for their clients. Harbour Lights is